I didn’t think I’d be doing another post so soon on what is supposed to be a work trip, but there turned out to be little to do today besides collecting my conference badge. And anyway, Japan is just so effortlessly interesting and bizarre that I probably have enough material for three more posts just covering the last twelve hours or so. I hope you’ll be satisfied with an executive summary.

First of all, as promised, a new photo of the hotel lobby to compensate for the shoddy camera work of yesterday and prove that I really am living above my pay-grade at the moment: 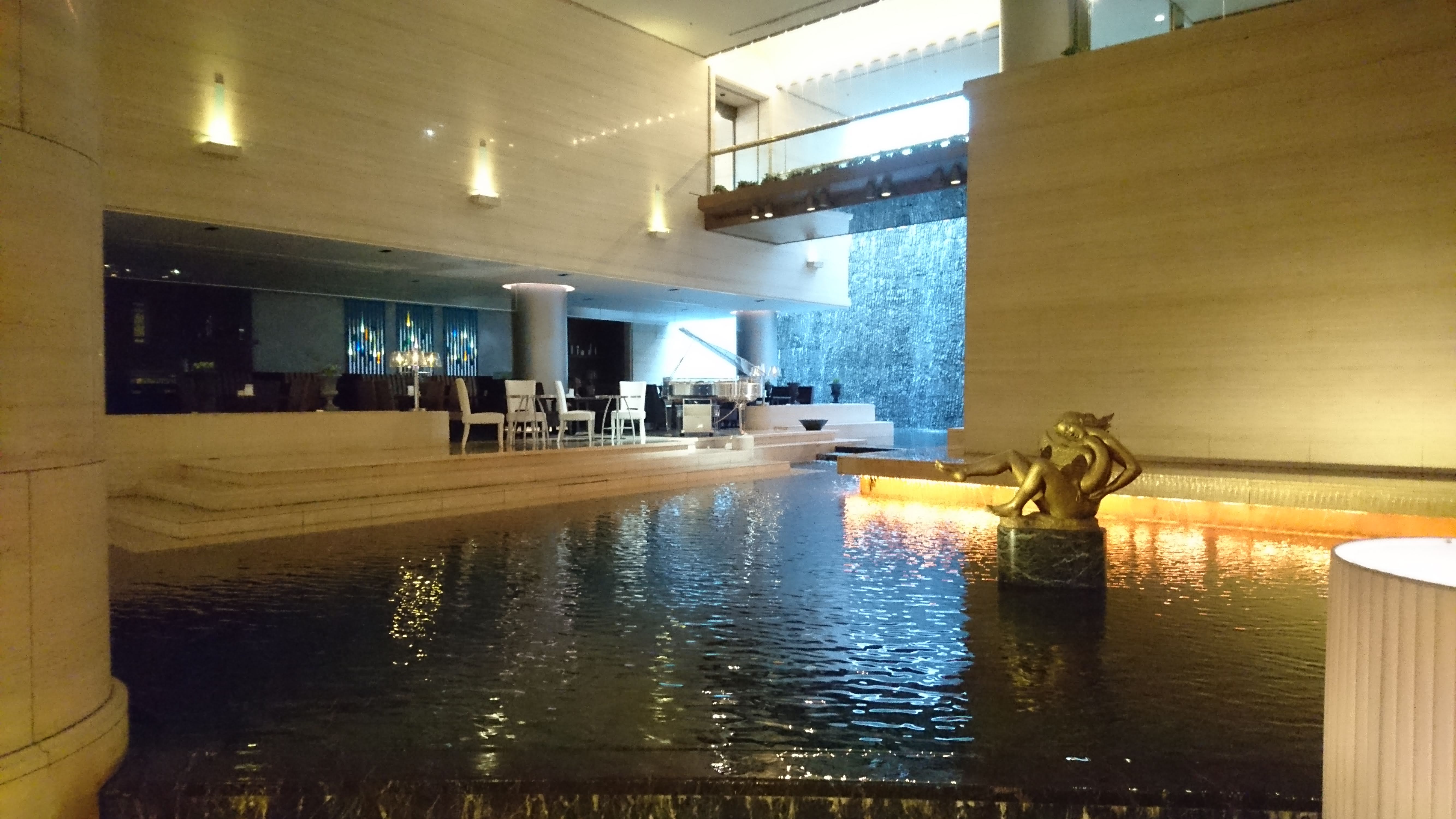 I has an inauspicious start to my attempts to blend in with the locals: this morning I committed my first Japanese faux-pas. When getting changed to go swimming, I was careful to remove my shoes at the entrance to the changing room, as per the instructions on the ‘doormat’. But, being an ignorant ganjin, I inconsiderately put my shoes on the top shelf of my locker. Only when I returned from my swim did I realise that shoes had their own special set of lockers, which look like some kind of quarantine area for radioactive isotopes. Having contaminated the clothes locker (not to mention the swimming pool, since, as a consequence of my genetic make-up, my donning of the mandatory swim-cap had no effect on the quantity of hair entering the pool), I left quickly to avoid reprimand. One important rule I was able to comply with (and one by no means possible for all ganjin) is the strict prohibition of people with tattoos, due to their association with the Yakuza. 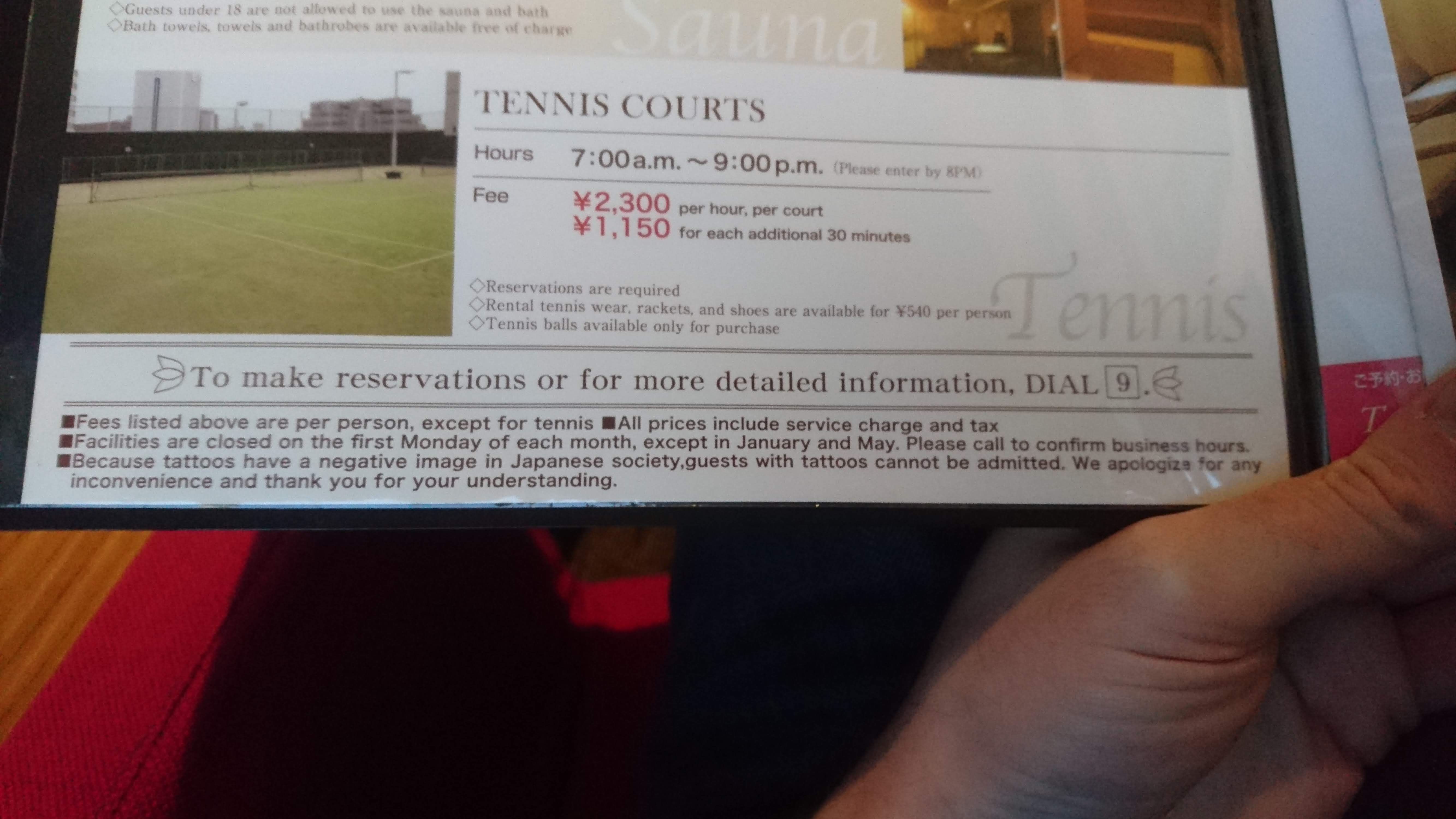 If you want to look like a vegan hipster or a Japanese mobster, tattoos are the way to go

Breakfast went better. Started with continental, went back for Japanese (and discovered to my surprise that I am able to stomach rice and pickled vegetables at eight in the morning) and rounded off with some bread and scrambled eggs. The view was pretty nice too. 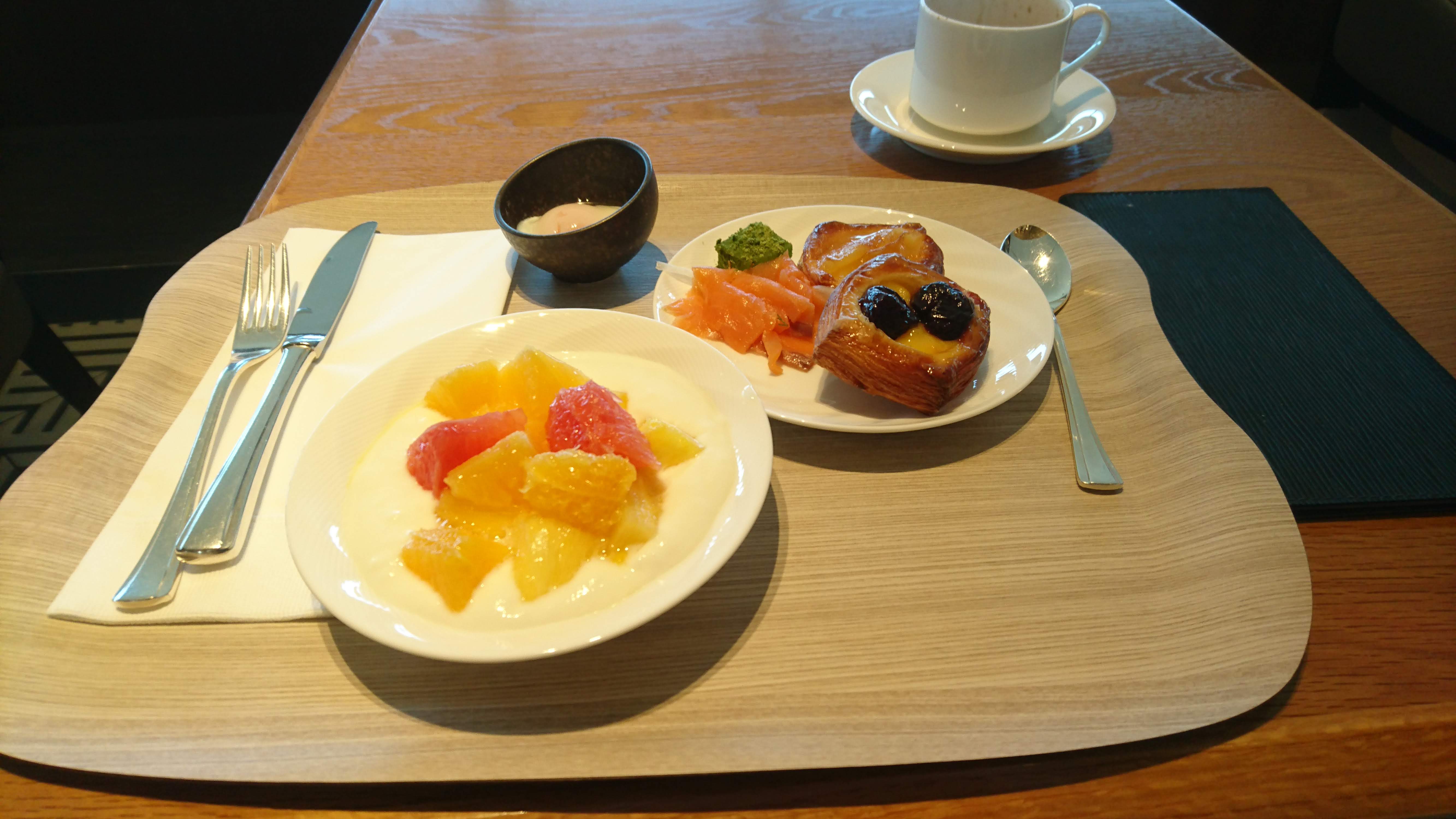 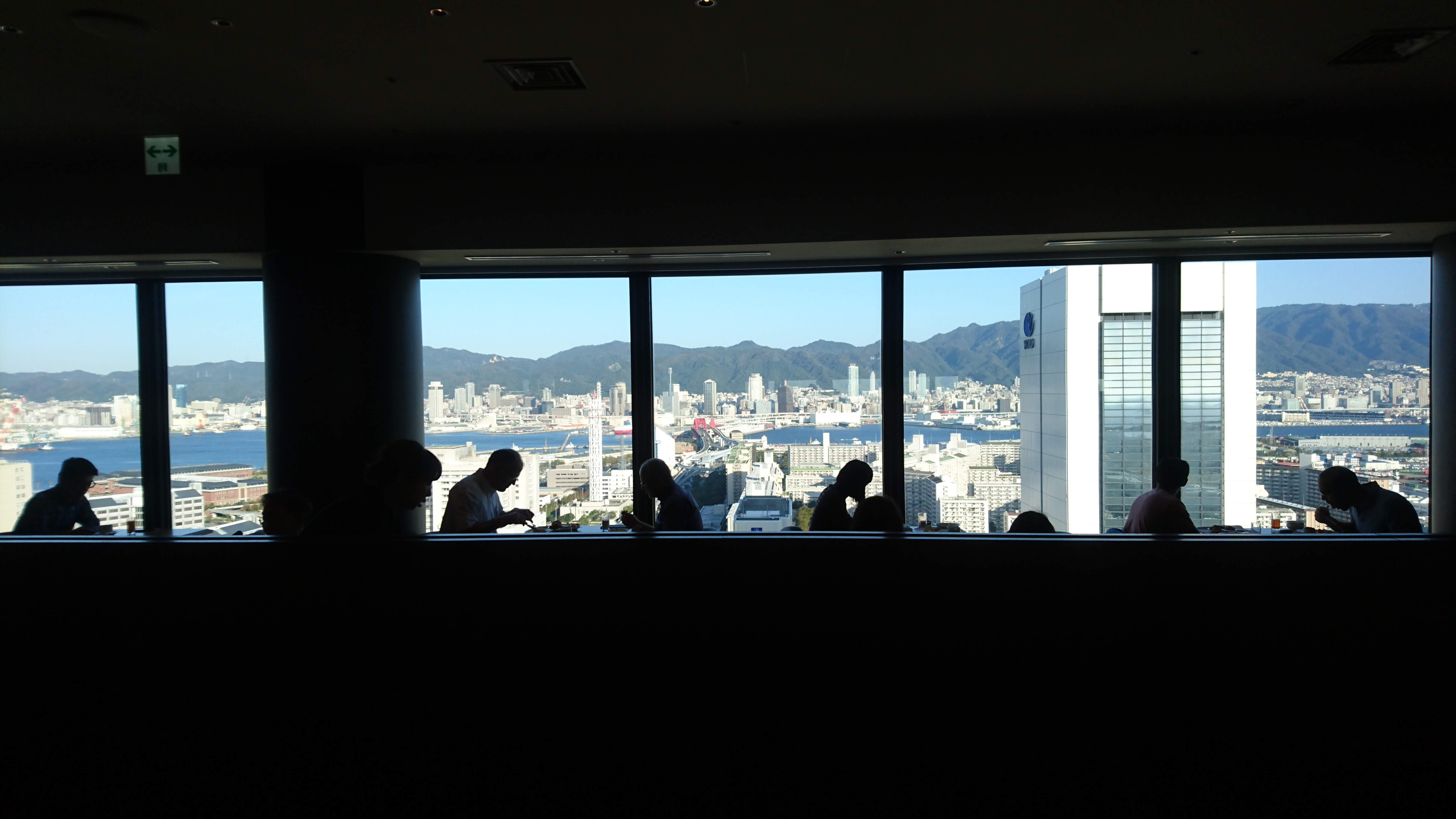 With most of the day to kill until the first event of the conference, I took a stroll along the Kobe Port island and crossed the bridge into Kobe proper. But first, a musical interlude:

This was the first (but by far the most odd) of multiple encounters with the Japanese phenomenon of piping music into public spaces. Which, on reflection, is an odd preoccupation for the country which invented the Walkman. Sometimes there are synchronised speakers positioned along a walkway, which had the infuriating effect of causing me to walk round in circles looking for the source of Charlie Parker’s Yardbird Suite.

Another Japanese idiosyncracity you might be familiar with is the proliferation of vending machines in all sorts of odd places you wouldn’t expect. I’ve heard reports of tourists finding them at the end of ancient monk-trodden pilgramage trails in the remote Japanese forests, fully stocked and refrigerated. In a city, on the other hand, I don’t think it’s possible to go more than 50 metres without seeing one. 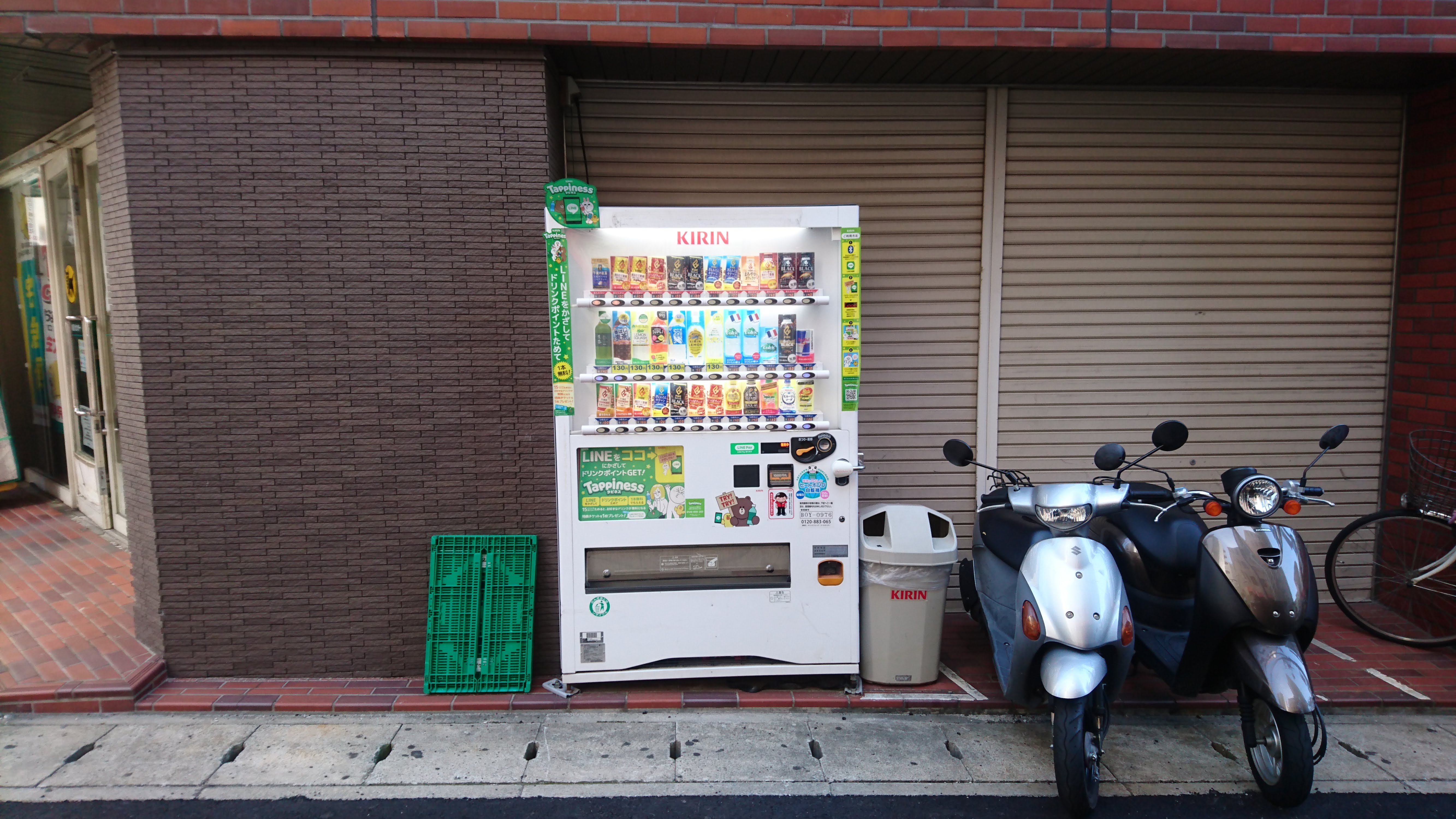 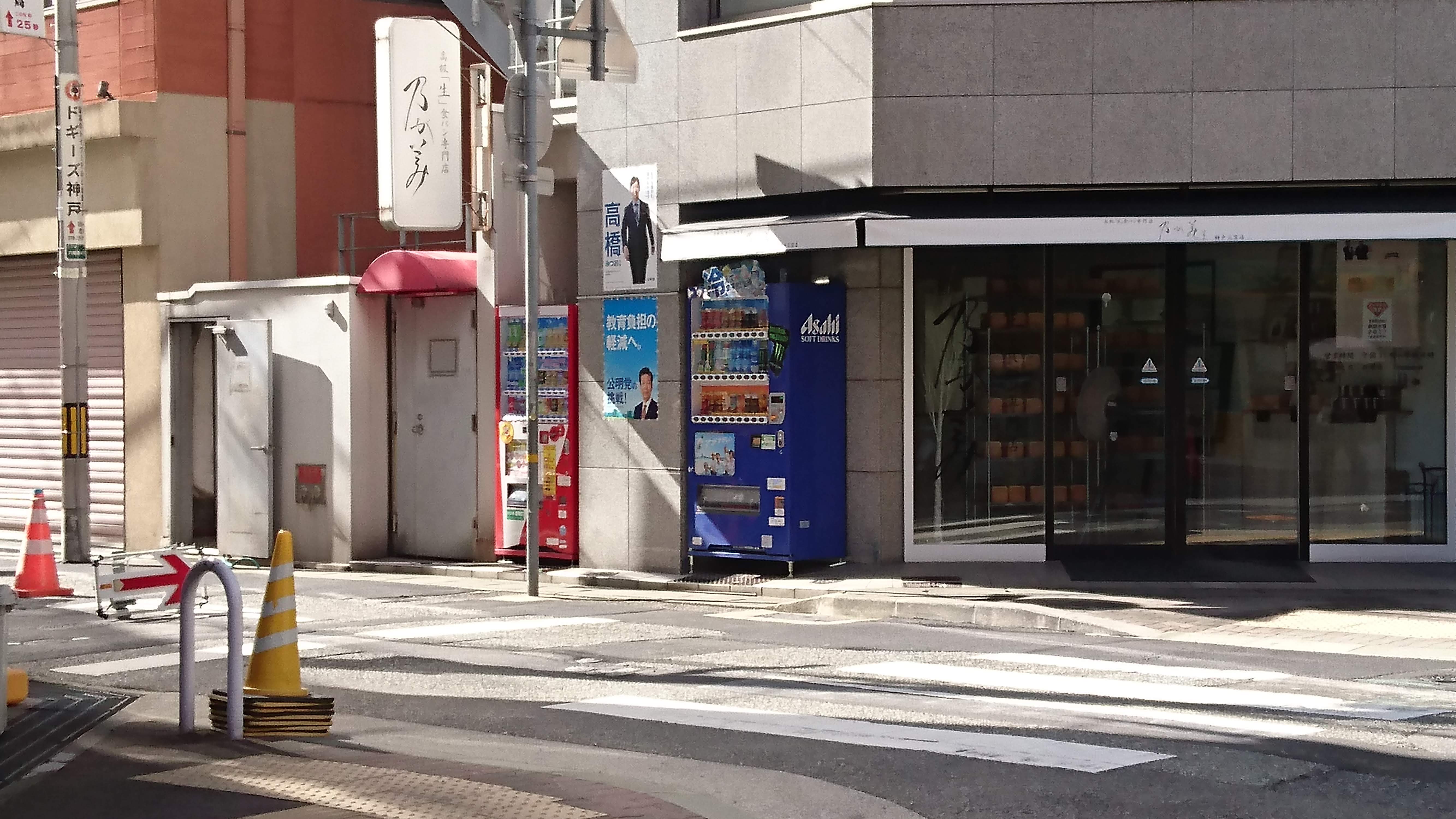 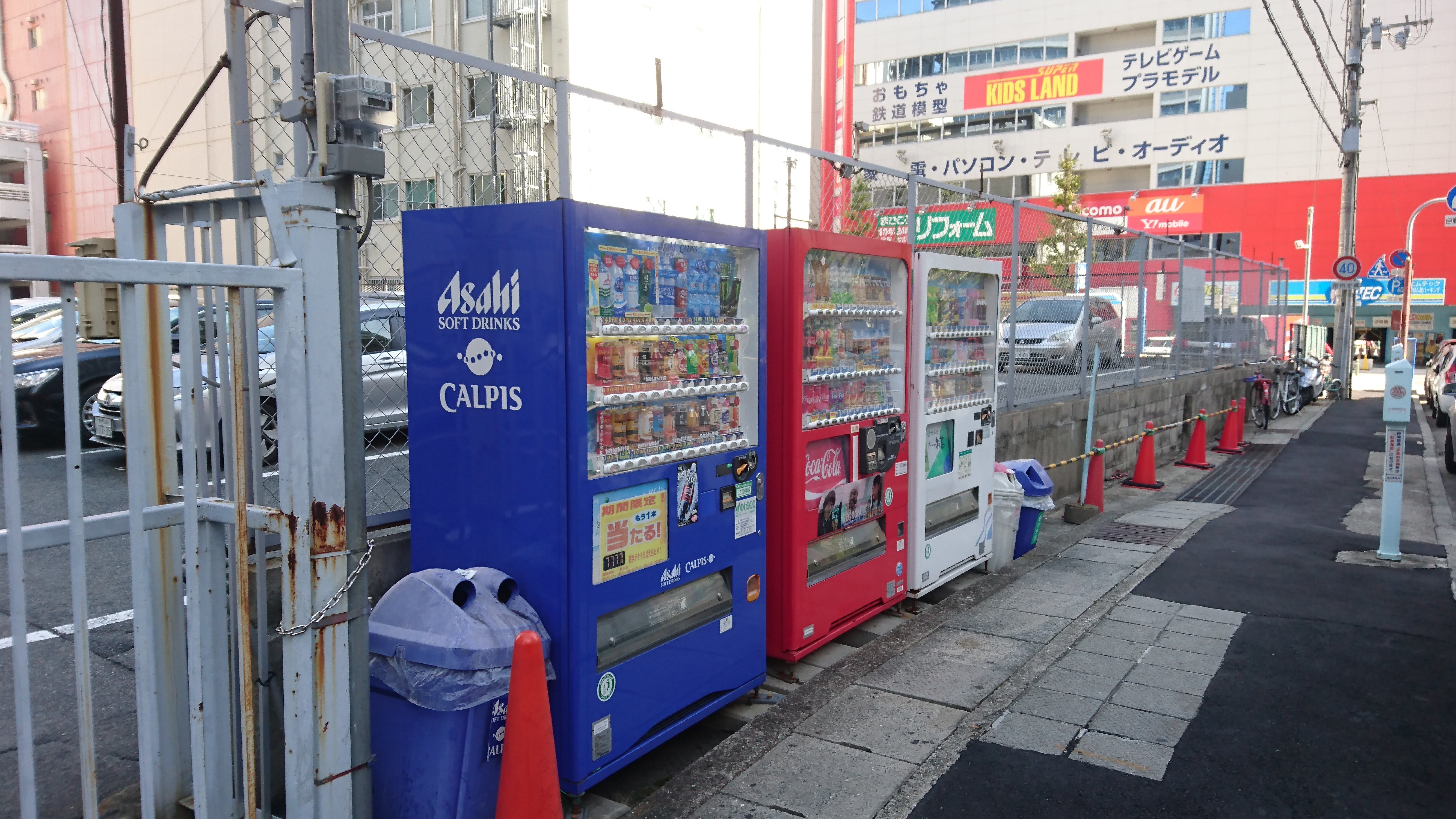 I tried one of the canned coffees and had a moment of severe cognitive dissonance when the can came out hot. Presumably kept at around 50°C 24 hours a day, 365 days a year, these cans are ready for anyone who fancies a hot, sweet, and actually quite delicious coffee at any time of the day for just ¥100 (about 70p). 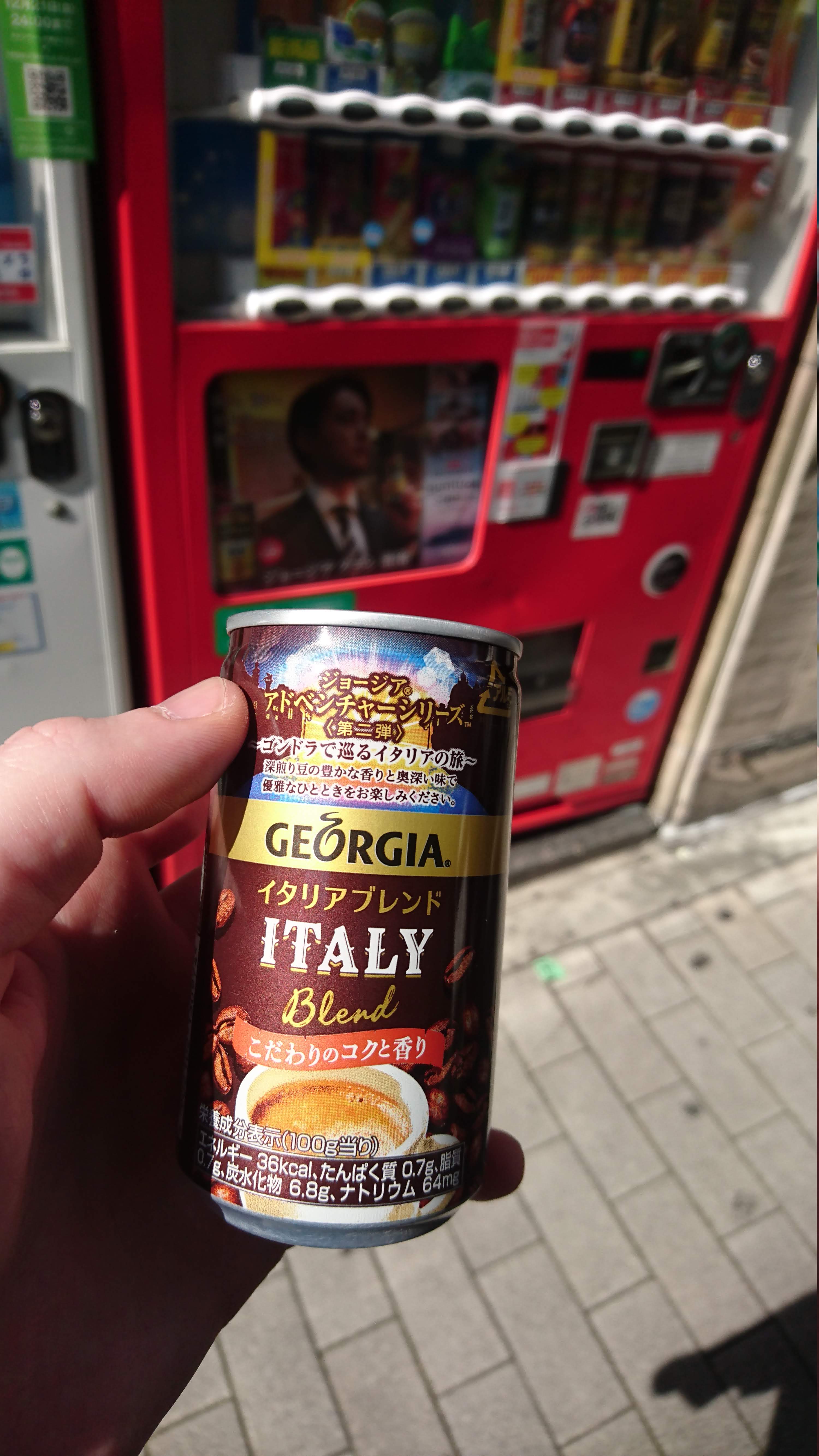 It was one many moments today that that was all at once surprising, delightful, and slightly disturbing. Some of these moments definitely veered more on the side of disturbing.

For example, the two men sitting on a bench facing a closed door at 9:55am had a slightly sinister explaination. Though gambling is technically illegal in Japan, there is a characteristic work-around that goes by the name of Pachinko. It’s a mechanical slot machine game which is as close to a fruit machine as you can get, except that you can’t win money from it, at least not directly. The machines pay out tokens, which can be exchanged for either prizes or cash, but strictly only on a separate premises to the Pachinko parlour. This was one of many queues around Kobe just before ten in the morning, when the parlours are allowed to open. 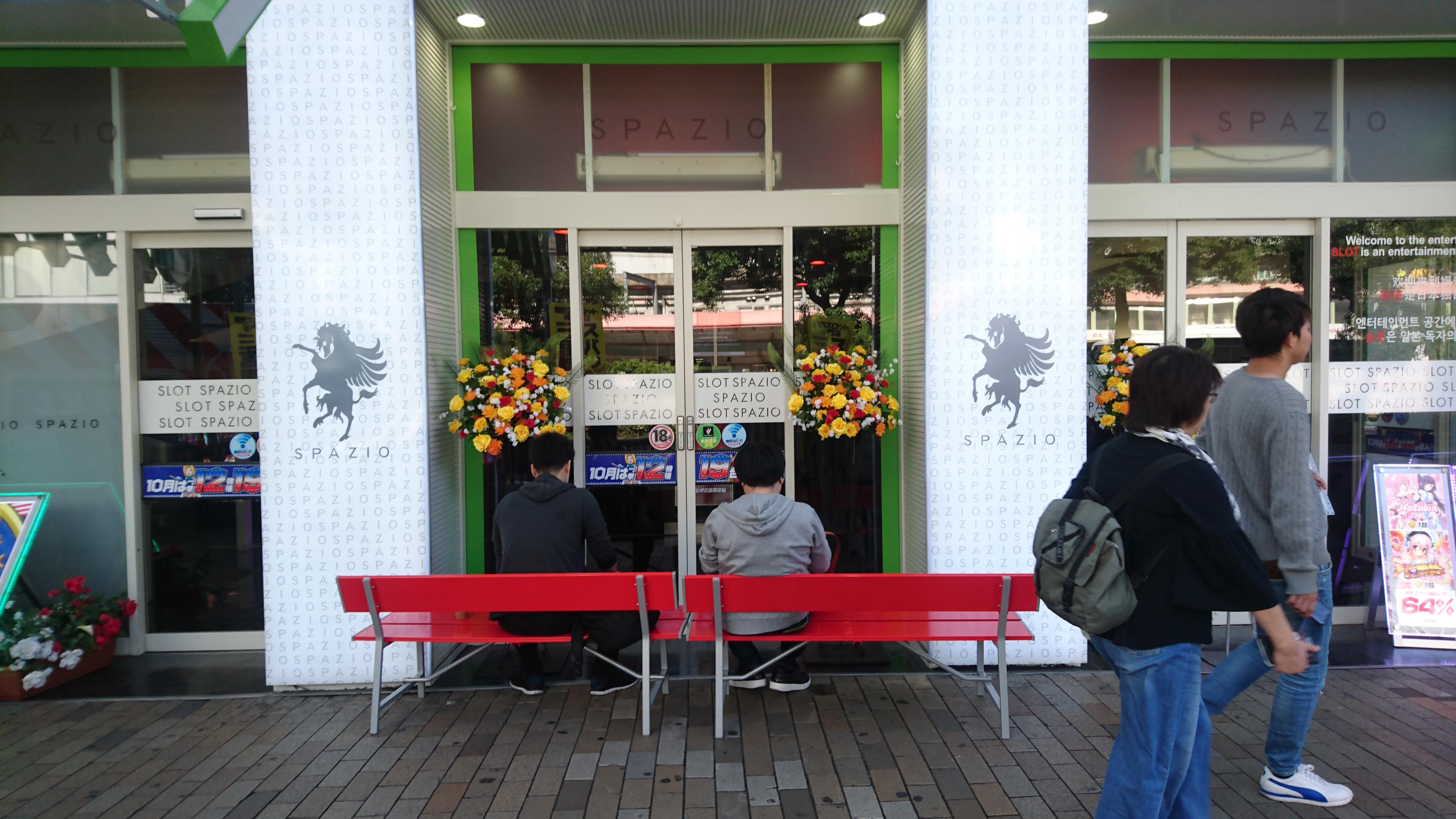 Waiting for a bust 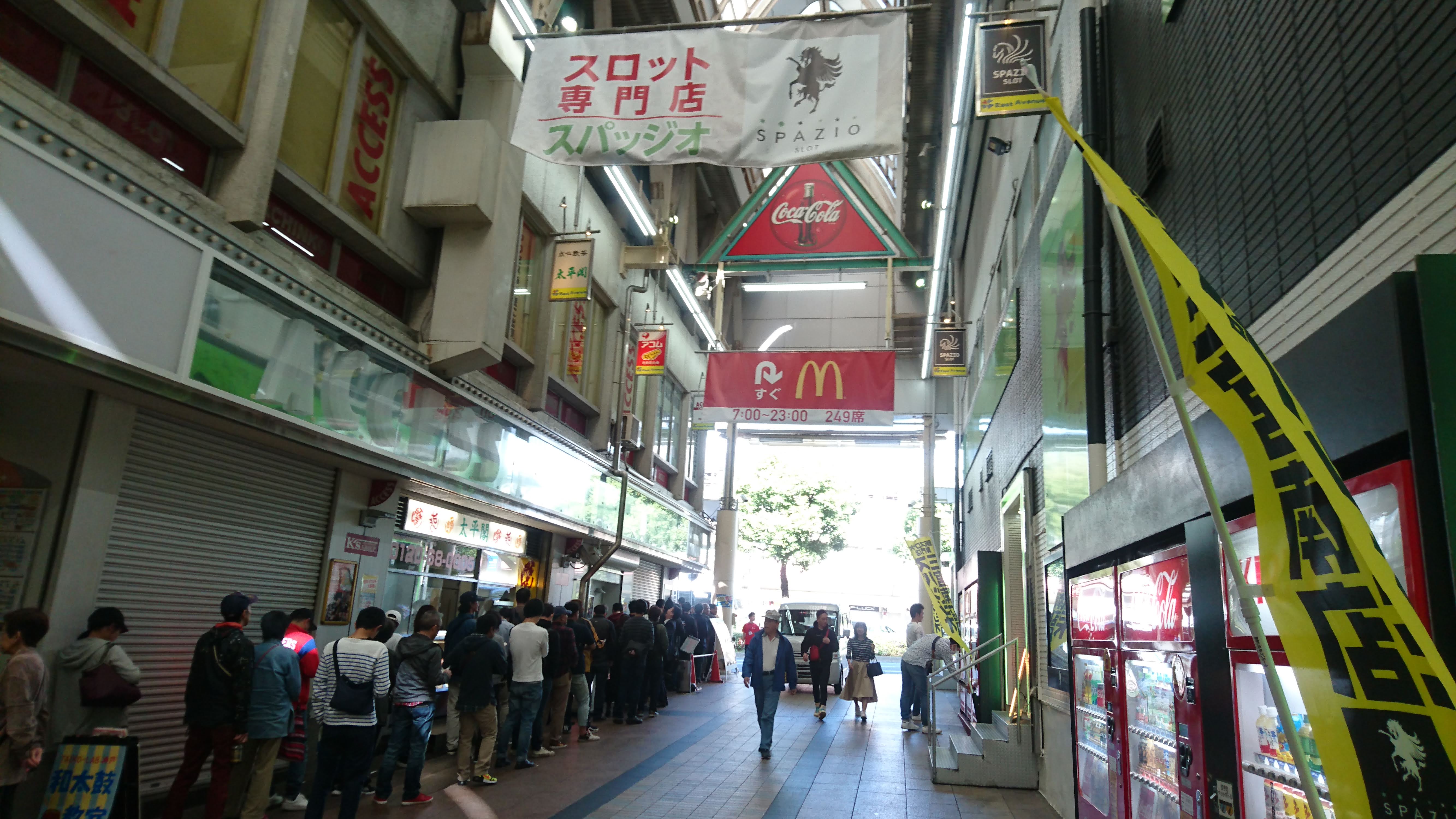 These are strictly 18+ affairs, but kids don’t despair! If you’re looking for your fix of seretonin induced by flashing lights and clinking sounds, then head over to the sensory overload that is the Namco arcade.

It’s someone’s job to work in here. Stay in school! 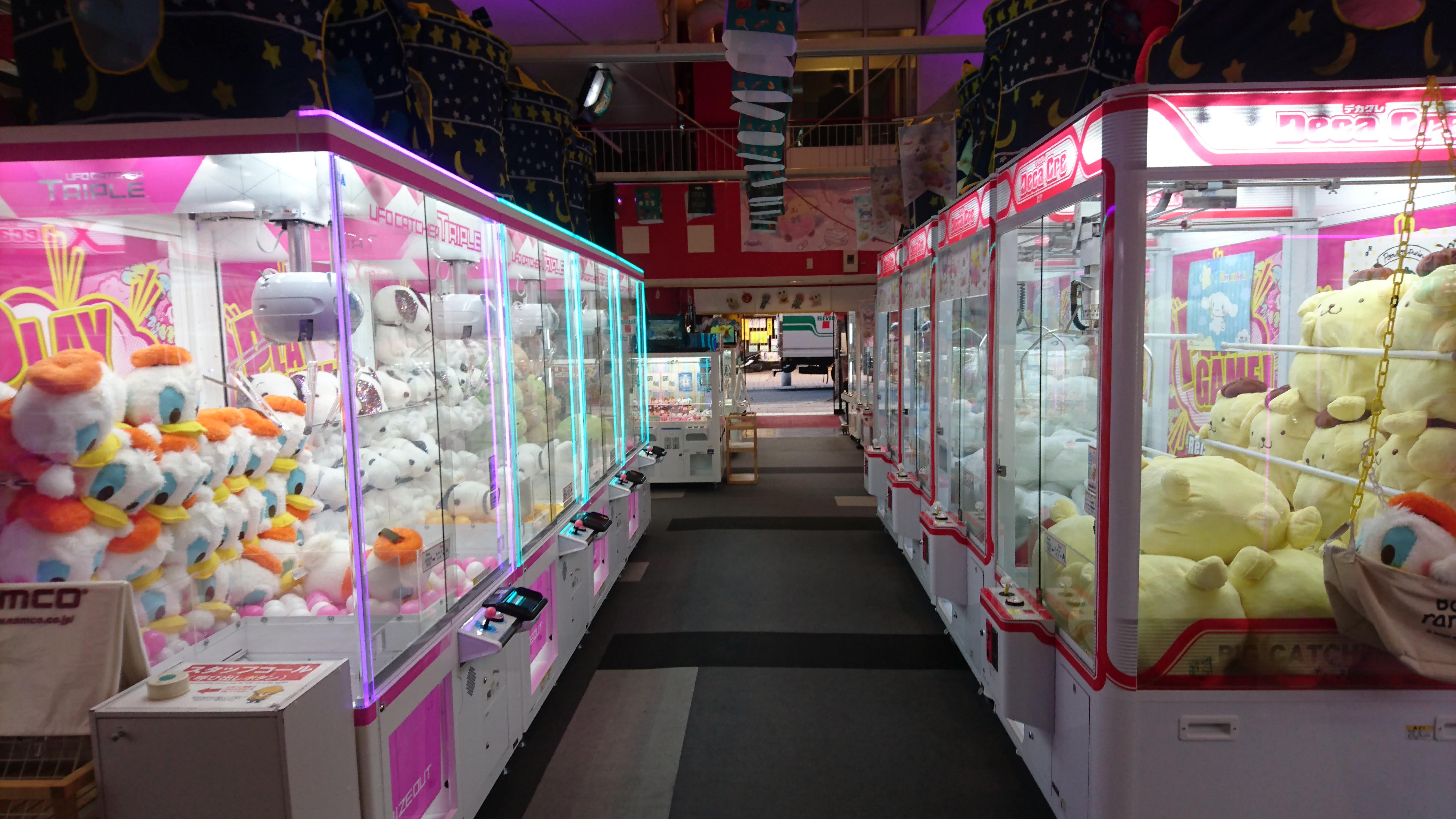 Those things are for suckers, you only have a 0.1% chance of succeeding. Anyway, I’m off to pursue a career in academia…

Much of this will be familiar to anyone who has ever been to an amusement arcade in the West. But, turning the corner away from the cuddly toys, things start getting weird again. Artifacts testifying to the loneliness of modern Japanese society are never far away. 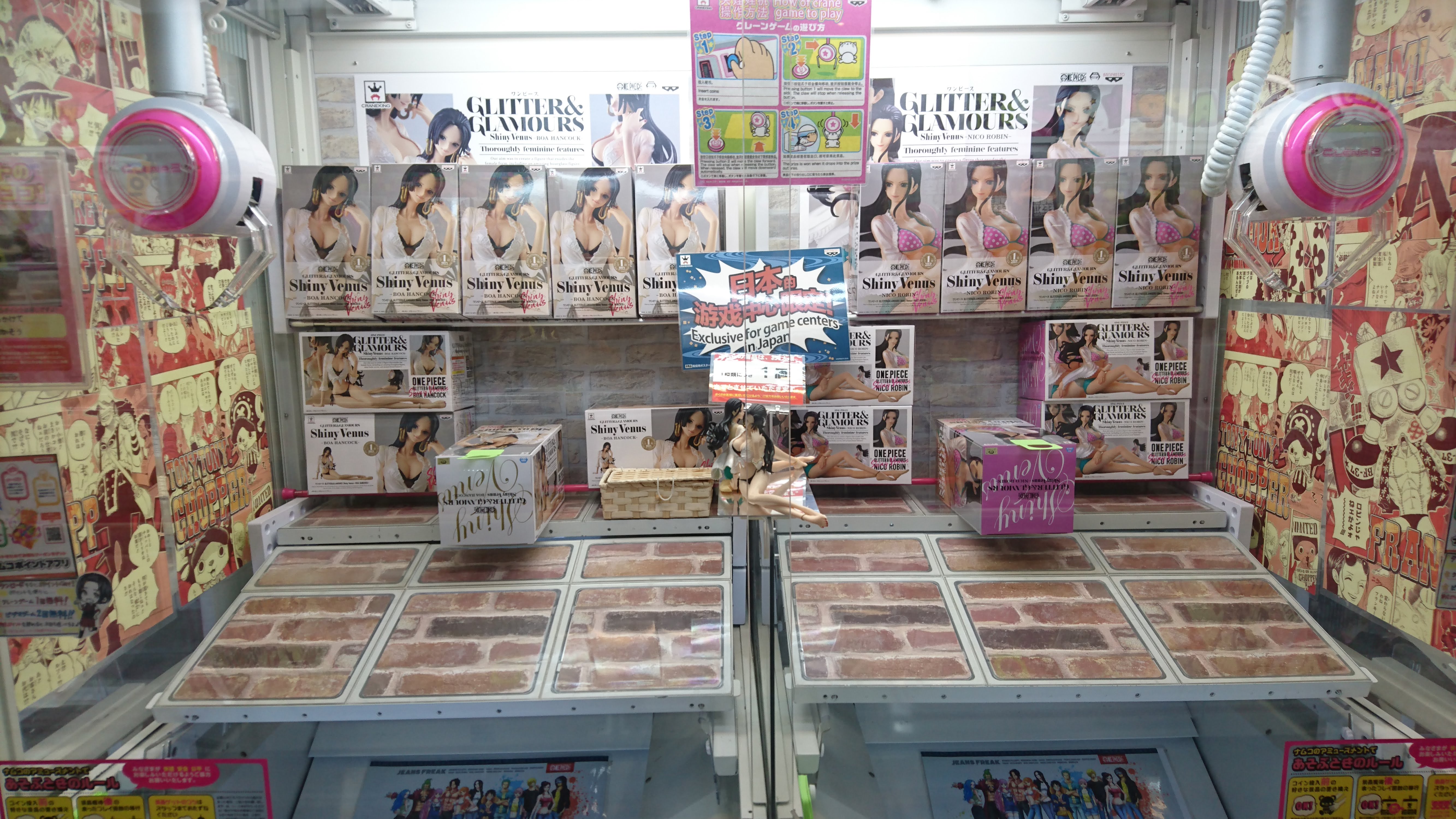 No, these are not boxes of lingere; they are dolls. The best example I’ve seen so far of why plastics should be totally banned

If, on the other hand, all this is making you rather excited, then Sir, please step this way, where for a reasonable rate you can watch a DVD in a private room with complimentary tissues: 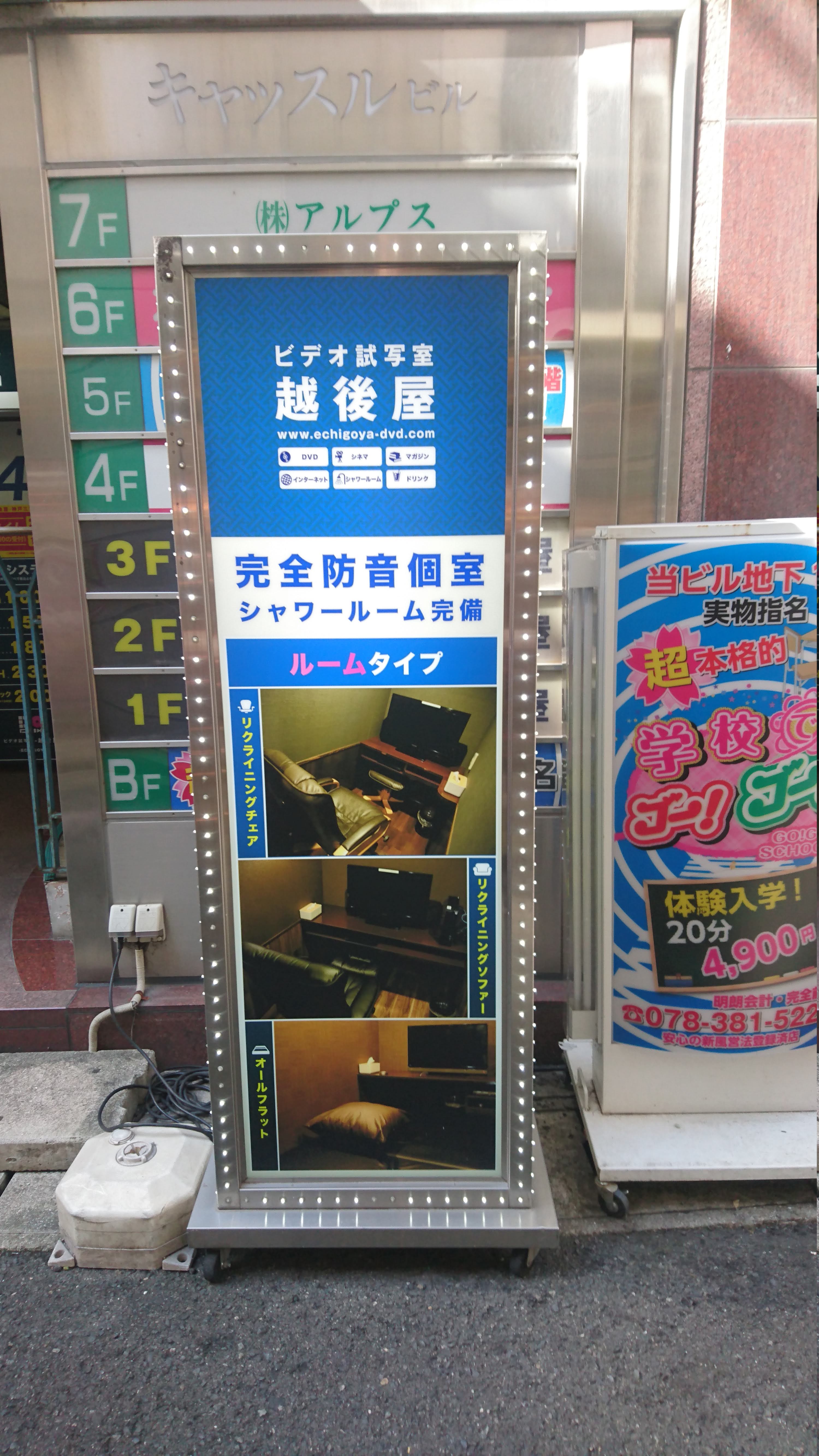 Just like at Burger King, all of the surfaces can be wiped down with a damp cloth

But of course, when one has their own hotel room at their disposal, such amenities are unnecessary. Incidentally, can you guess what this document, part of the hotel literature in my room, is for? 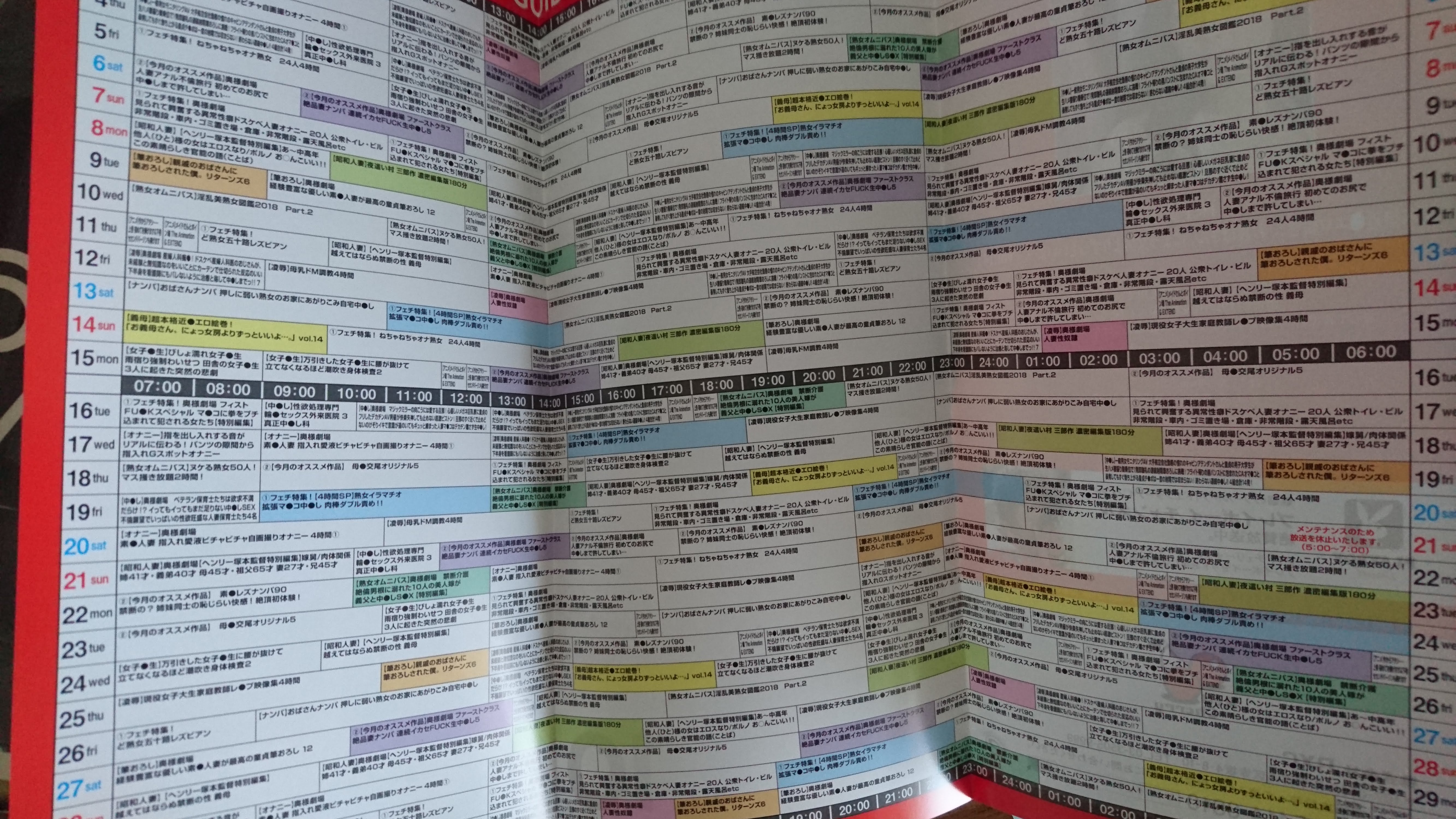 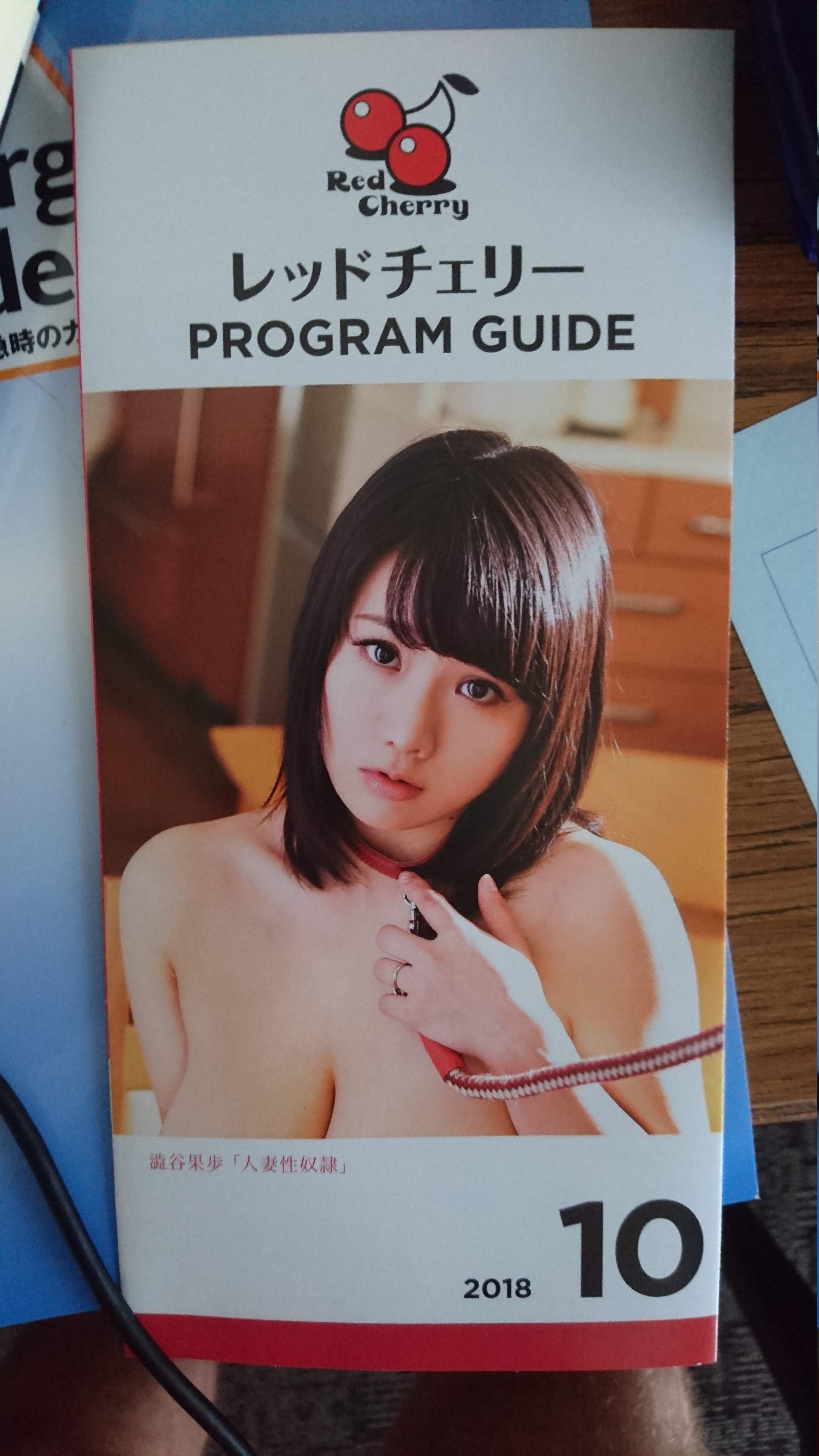 Getting hot under the collar 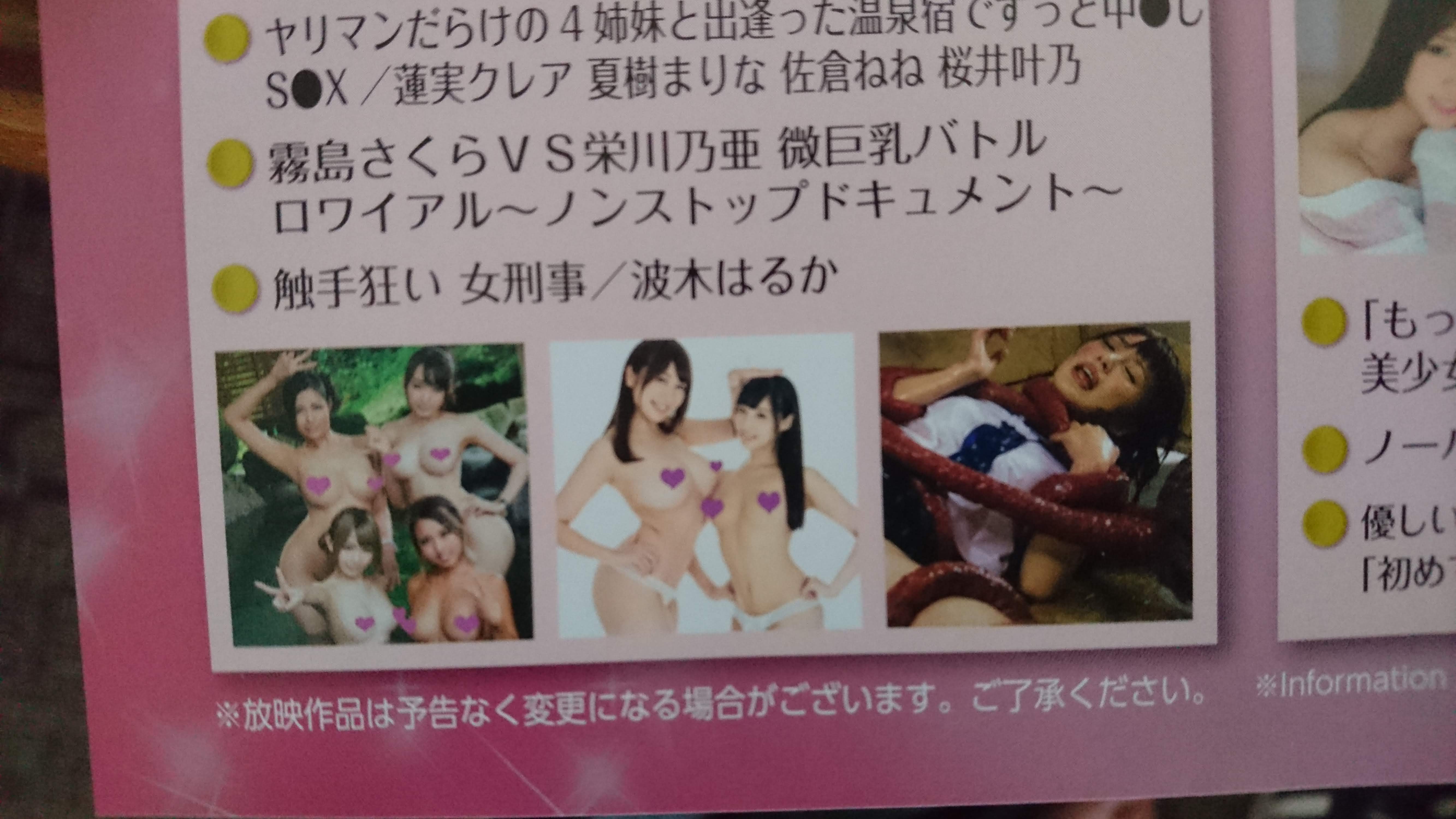 If you feel you need a bit of purification after all of that debauchary, please enjoy this shrine I found nestled among the narrow streets and bazaars: